After another week of wild weather we return to the Superdome for 6 important matches and another edition of the Weekly Preview brought to you by EGM Partners, Executive Search and Recruitment. 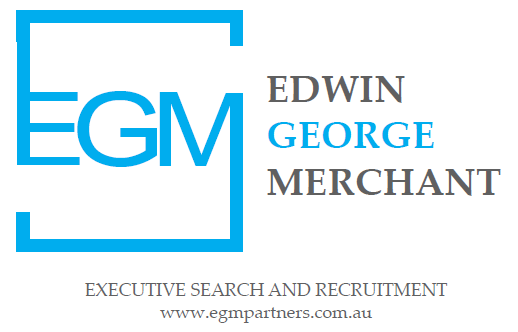 The E Grade were ganged up by another Wolf pack bigger than them but still escaped with a point from the scrap to keep a grip on their third place on the table. The side has been struggling of late to maintain a settled line-up being hampered by availability and to act as a feeder for the sides above, but has had some shining lights in those who have remained in the side, namely Marty and Anthony Verlato as well as the gloves of doom in goals. This week they host a Green United side who they drew 3-3 with earlier in the season. Since then Green have attempted to set off in hot pursuit of OISC and their third place sitting in 4th with a huge one win but importantly for them 4 draws. Saturdays clash is shaping as a season defining one, a Green win and the gap shrinks to 1 point an OISC win and it blows to the green mile of 7 points (OISC still with a game in hand).

The D Grade while falling short last week against Northern Wolves put in a spirited performance being defeated 2-0 down from the 6-0 in Round 3. This week they take on a Green United side who sit in last place yet to register a win. Green have been hampered all year by an inability to score averaging a lowly 0.55 goals per game (compared to OISC’s 1.9) while conceding 2.66 which is similar to OISC at 2.6. When the sides met in Round 4, it was OISC who left their opponents feeling green with envy picking up a hard fought 2-0 win; Jake and Anubhav getting on the scoresheet. This weekend they hope to repeat the dose with some players namely Joel Ortner and Jack Cooke in good scoring form they will look to consolidate their 5th place on the table. A fiery encounter is expected with OISC looking to protect what is close to them and utilise their run on the small pitch to their advantage.

The C Grade maintained their position at the summit as they defeated Titans 4-1 last week, a Sholto C Grade cameo and Dinino both getting on the board along with Trent Spinelli who had joined the log jam at the top of the C Grade leading goal scorer standings. After a poor outing in Round 9 and a postponed match against BOSA (to now be played on Monday night August 22nd) the boys have regained their momentum returning to a settled line up the results showing scoring 12 goals in the last two matches further extending their advantage as the highest scoring side in the league. This week they take on an Adelaide Uni side who copped an 11-0 home obliteration last week at the hands of mid table Brahma Lodge which has seen the Uni side sink to 9th on the table and now having conceded the most goals in the league of 67 at in excess of 5 goals per game. When they headed into the City in Round 4 Uni were handed a 6-0 hammering, Leachy, Dom and Ciano all with braces. Uni of course being one of OISC’s oldest rivals this opportunity to welcome the only Uni side to visit the Superdome this year will no doubt see both sides rise to the occasion with the C’s hoping to continue on their way.

The B Grade kept rolling along last week as they ruthlessly felled league leaders Titans condemning them to their first loss of the year. It was satisfying performance both in defeating good quality opposition convincingly but also to have a number of C Graders getting their chance to make an impression. When OISC met this weeks opponent MA Hawks in Round 4 it was an evenly matched clash early on, with Dos getting the opening goal mid-way through the half. The second half OISC began to assert their dominance with two more goals and a Barolo miss from the spot (but it’s ok he’s scored twice since) seeing a 4-0 victory. Hawks currently sit in 8th place with just the 3 wins this year and have been troubled by a defence conceding over three goals a game on average while scoring little over 1 a game at the other end. When Hawks last travelled to the Superdome in 2013 it was a 5-0 victory to OISC, a result which they will desperately be looking to replicate.

The A Grade continued their unbeaten run last week as they drew 1-1 with league leaders Titans, Nick Barbieri on the scoresheet for the eighth successive match and extending his lead in the league top goal scorer. What has paid dividends for the A Grade over the past weeks illustrated in matches such as the victory over Salisbury Villa has been the much more complete team performances with every player making a valuable contribution. The defence has begun to strengthen itself stemming the early season flow of goals; conceding 9 goals in the last 8 matches (at 1.13) down from 16 in the first 7 at 2.28 per game. This week they take on an MA Hawks side against who they picked up a 2-0 win after a slow start, both Julian Titaro and Elias Khoury’s hair picking up goals. Hawks currently sit in 8th position, with a game in hand but precariously only two points ahead of 9th placed Torrens Valley. Last week Hawks picked up a 3-1 win at home over a hapless Hahndorf side. The  Hawks have been able to trouble the higher placed sides as was seen in their Round 10 defeat of Red Blue Eagles. To date Hawks have scored 18 goals at 1.64 per game while conceding 32 at 2.9 per game. When Hawks last visited Glenunga in 2013, OISC picked up a 2-1 victory with Barone and Shauninho on the board, Gaz also putting in a BOG performance to seal the win. OISC will hope to continue their winning ways against the Hawks with these three points important to the shape of the remainder of their season.

The Lady Wolves picked up a 4-0 victory in their last outing some weeks ago which secured them passage to a third successive Cup Semi Final against fellow Collegiate side Seymour. After a few difficult weeks it was a welcome team performance with every player playing their role, the defence in particular remaining ever strong. This weekend they host bottom placed Pembroke Queens who have struggled to reign supreme over the WCL this year with only one victory to date. When the sides met in Round 5 OISC picked up a 7-0 road win with Sarah picking up a hat-trick and ably supported by Eliza, Ellie and Christine who all were on the board also.

Time to check in on who has been making steady points progress over the last few weeks:
Defenders: At the back two players in particular have stood out; firstly Marty Radcliffe for his penchant of late to sneak forward and score (with two goals last week) and Chloe Murray whose hard work in defence along with her fellow Lady Wolves has seen them record a number of clean sheets securing some handy points.
Midfielders: In the middle of the park it is Mike Manou who has seen his points tally begin to spike in the last few weeks getting on the scoresheet regularly and Jack Cooke the spearhead of the D Grade who is surging to the top of the leading goal scorer tally for that side.
Forwards: Up front we cannot go past a guy who has scored in his past 8 matches in Nick Barbieri, though only single goals in the last two league matches has seen the points tally slide somewhat. Quietly accumulating points at a bargain price in the B’s is Rowan Thomas both by getting on the board himself and turning provider for those around him.