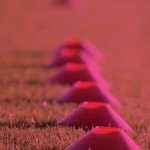 COVIDSAFE guidelines remain in place and all players will be required to check-in via QR code on arrival using the MySAGov app for contact tracing purposes. The App can be downloaded from the App Store or Google Play.

The Player Pack, full pre-season schedule and announcements will be made in the coming weeks, keep checking back here as well as Facebook for details. 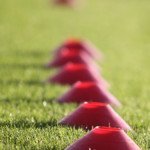 The Preseason Schedule can be viewed below

COVIDSAFE guidelines remain in place and all players will be required to check-in via QR code on arrival using the MySAGov app for contact tracing purposes. The App can be downloaded from the App Store or Google Play.

The Player Pack and additional pre-season details and announcements will be made in the coming weeks, keep checking back here as well as Facebook for details.

The Preseason Schedule can be viewed below.

The Player Pack and additional pre-season details and announcements will be made in the coming weeks, keep checking back here as well as Facebook for details. 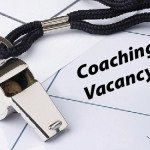 EXPRESSIONS OF INTEREST – B Grade Coach – The Old Ignatians’ Soccer Club (OISC) compete in the Saturday Premier Division of the South Australian Amateur Soccer League (SAASL) and are seeking expressions of interest from suitably experienced individuals for the role of Reserves Coach for season 2021.

Working with experienced Senior Coach Daniel Rossi to develop our reserves team including development of C grade players we are looking for an individual whose vision is aligned with the club adding enthusiasm to the playing group to support the Senior Team and strive for their own success.

All applications or questions regarding the role should be sent to our Committee at [email protected], please also note applications or enquiries received will be treated in the strictest confidence. Applications close Friday 18th December.

EXPRESSIONS OF INTEREST – Women’s Senior Coach – The Old Ignatians’ Soccer Club (OISC) Women’s who competed in the Football SA (FSA) Community Division 3 in 2019 and Division 2 in 2020 are seeking expressions of interest from suitably experienced individuals for the role of Senior Coach for season 2021.

After continued success including the 2016 Div 4/5/Collegiate Cup, 2017 Collegiate League, and 2018 Division 4 titles we are looking for an enthusiastic person whose vision is aligned with the Club’s to grow and develop the Women’s programme for continued success both expanding and utilising the youthful talented and experienced current playing squad.

All applications or questions regarding the role should be sent to our Committee at [email protected], please also note applications or enquiries received will be treated in the strictest confidence. Applications close Friday 18th December. Following the 2020 AGM, OISC is pleased to announce the Committee for Season 2021.

The Club previously announced that Daniel Rossi has been re-appointed as A Grade coach for season 2021. We also advise that Rino Cavuoto has elected to step down from the B Grade coaching role. We thank Rino for his efforts in this role over the past two years and know we will continue to see him out on the sidelines week in week out supporting the club.

Updates were also provided on the clubs financial status and agreements which the club is party to as part of the Glenunga Hub facility.

An update was presented on the first year of the club’s 5 Year Strategic Plan for the 2020-2024 period which has seen the club already reach and surpass some of the key markers set out in the plan.

President Julian Soriano reflected on a year like no other. The fact that this was the first ever Annual General Meeting to be held virtually. He also reflected on the successful year on field for all sides including the A Grade and C Grade winning their respective group shields in the Challenge Series as well as recognising the achievements of Nick Penta who was names SAASL Saturday Conference Player of the Year. He also expressed thanks to the committee and coaches for their hard work in difficult circumstances, sponsors for continuing to stand with and support the club and also the club members who have been so adaptive and responsive to the immense number of changes and requirements placed on them due to the pandemic. 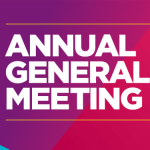 OISC will be holding its 2020 Annual General Meeting along with the Christmas Drinks on Tuesday 24 November, 7:00pm at Glenunga Hub.

This will be a chance to speak to coaches and committee as well as have your say for Season 2021.

Pursuant to clause 6.4 of the OISC constitution, OISC will be holding its 2020 Annual General Meeting on Tuesday 24 November, 7pm at Glenunga Hub.

The following Business will be conducted at the AGM:
– President’s Annual Report
– Treasurer’s Annual Report
– Election of the Officers of the Club
– Determination of 2021 competition
– OISC 3 Year Plan Report and
– Any other business raised by members.

If you are interested in joining the OISC committee for 2021, please ensure a nomination is received by the OISC Secretary in writing, stating: – The office nominated for; and – Signed by the nominee, their proposer and their seconder (all of whom must be members of the Club). Thanks to everyone who attended the OISC 2020 Presentation Night, Friday Night at Republic Norwood

In his speech, President Julian Soriano reflected on how season 2020 very nearly did not happen thanks to COVID-19 but once it did how strong the club performed. He also reflected on how the club has grown this year welcoming many new faces to all sides across the club. Thanks were given to the clubs sponsors for their outstanding support once again, the coaching panel and the club volunteers and committee.

We were also privileged to have SAASL general secretary Steph Pappas join us to present the A & C Grades with their group winning shields and also to present Nick Penta with his award for Saturday conference player of the year. DO NOT ATTEND if in the prior 14 days you have been unwell, had flu or respiratory like symptoms or been in contact with a known case of COVID-19.

Training numbers at sessions are strictly capped, please ensure that you are aware of the arrival at training process outlined below.

There are a number of VERY STRICT rules and restrictions in Football SA’s step 1 return to training plan which SA Health and government authorities have outlined MUST be followed at all times. Please ensure that you are familiar with all of these.

We also STRONGLY RECOMMMEND that all players carry and use hand sanitiser frequently through the training session.

The club is required to maintain a record of attendance for each session. This is designed to both ensure that we do not exceed gathering limits that are in place and to assist in contact tracing if required.

It is imperative that we all follow these rules and requirements at all times as if we do this then we will be able to help move forward toward a more regular way of life including a return to matches a lot sooner and safer. OISC like so many in the community is buoyed by the “flattening of the curve” and the reduction of COVID-19 cases in the community. With these fantastic results surrounding the reduction of COVID-19 in the community we hope that we can get back out on the field as soon as it is safe to do so. While we want to get back to Season 2020 as soon as possible, we cannot afford to race back too early and undo all the good work that has been done so far and so we are continuing to work with all our partners including SAASL, FSA, FFA and government to see us get back together as soon as it is deemed safe to do so.

There have been a number of media reports surrounding the potential relaxation of some restrictions surrounding outdoor gatherings and the recommencement of community sport in coming weeks. We will continue to monitor these and advice that is issued by both the federal & state governments and our associations and communicate any changes to members as soon as details are provided to us.

In the meantime keep safe and keep doing what you are doing to keep fit. We have set up a OISC Strava group to help keep everyone active and fit, hit the icon below to join up and be part of it.

The Six Stream Tactics to support your Mental Health

SportSA has developed a list of six tactics to support your mental health through the COVID-19 situation. Check them out here: https://www.sportsa.org.au/news/the-six-stream-tactics-to-support-your-mental-health/