Old Ignatians’ Soccer Club would like to invite all players, members and supporters to the season launch and announcement of all team captains for Season 2020.

OISC will be holding its 2019 Annual General Meeting along with the Christmas Drinks on Thursday December 5, 7:00pm at Glenunga Hub.

This will be a chance to speak to coaches and committee as well as have your say for Season 2020.

Pursuant to clause 6.4 of the OISC constitution, OISC will be holding its 2019 Annual General Meeting on Thursday, December 5, 7pm at Glenunga Hub.

The following Business will be conducted at the AGM:
– President’s Annual Report;– Treasurer’s Annual Report;– Election of the Officers of the Club;– Nomination of Life Members;– Determination of 2020 competition;– OISC 3 Year Plan Report; and
– Any other business raised by members.

If you are interested in joining the OISC committee for 2020, please ensure a nomination is received by the OISC Secretary in writing, stating: – The office nominated for; and – Signed by the nominee, their proposer and their seconder (all of whom must be members of the Club).

For the 2019 AGM, the Executive Committee recommends Martin Radcliffe for OISC Life Membership as a result of his long standing service to the Club.

Marty joined the Club in 2005 (15 years) and has been an active member throughout his time at the club. Martin has played 227 games, scoring 41 career goals receiving a host of awards for his on field achievements. In 2006 he was awarded the Mr Walker Trophy for C Grade Best & Fairest and the 2014 E Grade Best & Fairest, a year when he was also named as E Grade Players Player. He has also been a leader on field, captaining several sides over the years and coaching the E Grade side . Marty’s service has also seen him serve on the committee and in the role of Secretary in 2007.

OISC will be hosting their annual Presentation Night on Saturday 21 September.

This is the night to celebrate all that was in season 2019. The night will also award those players for outstanding display and performance in their respective teams and award those who are worthy of Clubman, Rookie of the Year, Fashion Award and of course the infamous Club V.

3 course meal of entrée, main and continental cakes plus a 4 hour drinks package is included.

RSVP and payment by Monday 10 September.

If you’re N/A for the event, please let the club know so you can be removed from the event text message.

Support the club that supports you. 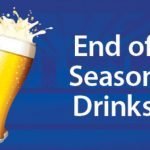 Saturday September 14 sees Season 2019 come to a close. To celebrate OISC will be hosing the annual end of season drinks from 7pm at Republic Norwood. 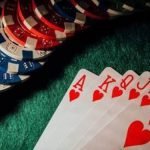